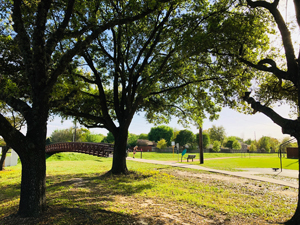 The District’s primary activities include construction, maintenance and operation of water, sewer, drainage and recreational facilities. The District has contracted with various consultants to provide services to operate and administer the affairs of the District. The District has no employees, related payroll or pension costs.

General Meeting Information:
The Board meetings are typically held at 6:00 p.m. on the second Tuesday of the month at:
9818 Paddock Court
Houston, TX 77065